Rehydrating foods can be rewarding if you do it right. It’s taken me a few tries to get these mushrooms down, but I’ve finally found a method and dish that work.

First thing’s first—don’t be thrown off by the initial smell of the dried mushrooms. There’s something a little “sweet” about them that isn’t appetizing, but once they soak and they’ve boiled, that smell disappears.

Secondly, don’t hasten the rehydration process. Taken the mushrooms out of water too early can leave you will semi-hard, grainy mushrooms that will ruin your dish.

And last but not least, if you’re not a fan of larger mushroom portions because of their “slimy” texture, slice them up after soaking them in the warm water. This way when you pan fry them later on, they can crisp up a bit more.

One other thing to note about this recipe is again, a smell. This time from the udon noodles. Pre-packaged udon noodles (the ones I bought, anyways) aren’t dry; they’re tightly packed, thick, moist noodles. The aroma that comes off the package when first opened isn’t a great one—just blanch them in water for a few minutes so get rid of this. 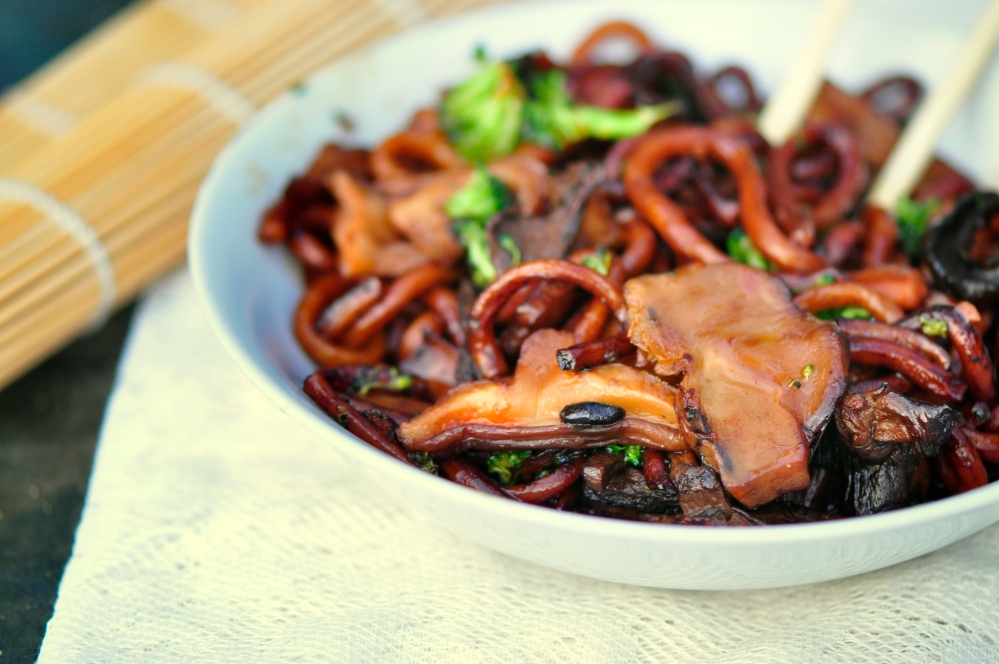 To rehydrate mushrooms: Rinse mushrooms very thoroughly. Place in a large bowl filled with warm water, and allow to soak for 10 minutes, covered. Drain the mushrooms, and refill bowl with more warm water; allow mushrooms to soak for another 5 minutes. Drain. Meanwhile, bring roughly 3 cups of water to boil (enough to just cover the mushrooms). Once the water has boiled, add in mushrooms and keep on a high temperature for 5 minutes. Lower heat to medium, and allow to boil for another 3-4 minutes. Drain and set aside. 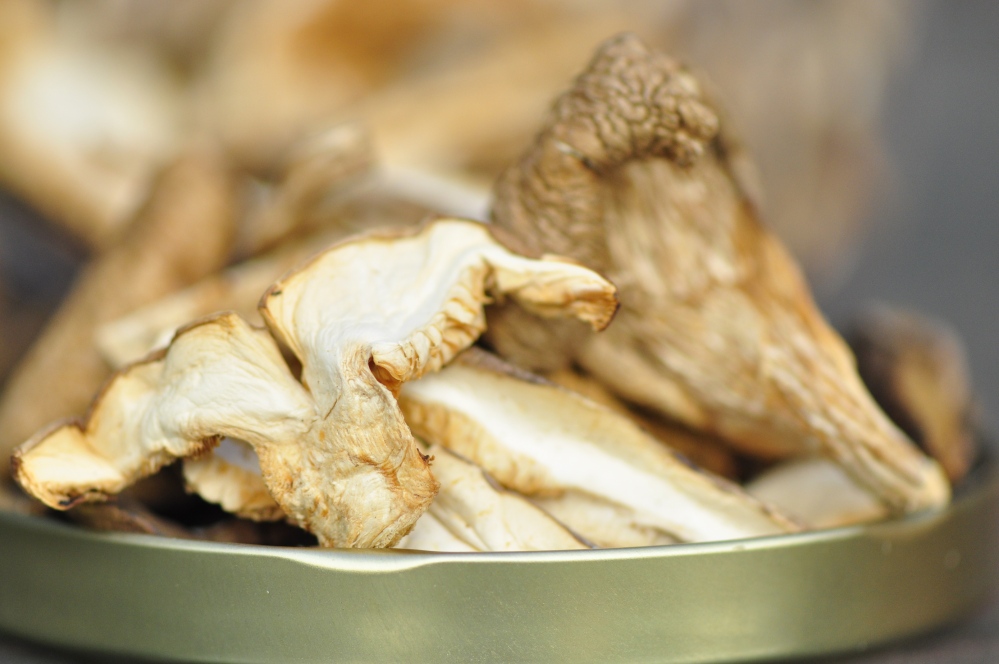 Remove udon noodles from packaging and blanch for 1-2 minutes, allowing the noodles to separate. Drain and set aside.

Heat sesame oil in a large frying pan over medium-high heat. Add noodles, and cook for 1 minute. Then add mushrooms, onion, broccoli and ginger. Let cook for 3-4 minutes, stirring occasionally. Add remaining ingredients and toss until the noodles and vegetables are well coated. Cook for another 3-4 minutes until noodles have a little bit of crisp and mushrooms have slightly darkened. Serve immediately. 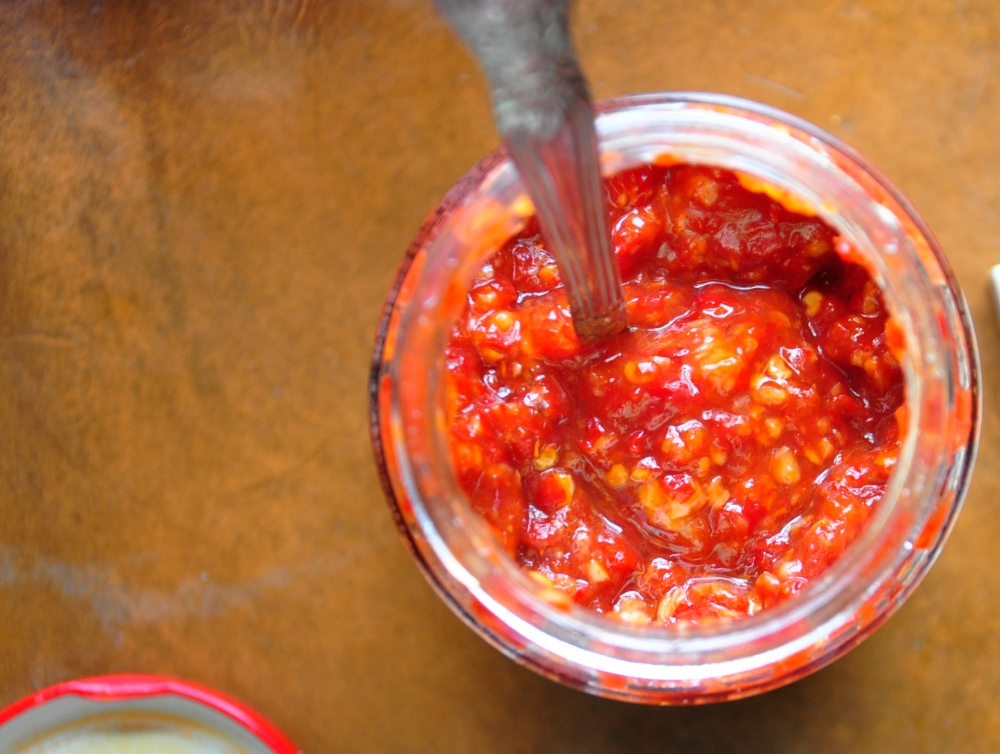