Sometimes you just have to learn lessons the hard way, which is exactly what I did for this recipe.

I grew a decent amount of scotch bonnet peppers in my backyard this year. I wasn’t expecting to have so many (about 20 picked) so I figured hot sauce was the best way to go. If you’re a regular reader you’ll know condiments come and go frequently in my house because I put them on everything. How bad could it be right? Wrong. So very, very wrong.

I removed all of the seeds from the scotch bonnets as I was adding in the jalapenos and wanted it to be hot but edible. I cut them into little strips and tossed them in the pot, along with all the other ingredients. About 10 minutes later, I felt a light itching on my knuckles. 10 minutes after that, the itching was much worse and on most of my fingers. Half an hour in and my hands were red, blotchy, burning and it lasted like that on-and-off for about 5 hours.

Then it came time for me to blend up what was in the pot to get my final result. I always use an immersion blender for anything that’s already in a pot so I don’t have to dirty more dishes and it’s just generally easier. That being said, you really, really don’t want to splash anything from that pot in your eyes, so if you don’t have a pair of safety goggles or sunglasses around, use a closed-top blender.

I blended everything up and within seconds the oils had risen into the air and I began coughing—it felt like a light burning in my throat. I opened all the doors and it still lingered around for 5 minutes afterwards. I ended up blending the rest while covering my mouth with the shirt I was wearing. I was also wearing sunglasses (so I looked ridiculous) but at least that part was fine.

There was one shining saviour in this whole ordeal, which was the actual finished hot sauce. Even just tasting some on the end of a toothpick gives a nice kick but it smells and tastes like a proper homemade hot sauce that would spice up soups, stews, chili or anything that could dilute it a little.

I find it really important that people take my advice on the gloves/goggles situation. So much so that I found it completely necessary to give a bright red disclaimer about it below. Please be careful!

Warning: Wearing the gloves is a must (trust me, my hands burned for hours). Wearing some kind of safety goggles and even a mask to cover your mouth when using an immersion blender is strongly suggested. This sauce is HOT. 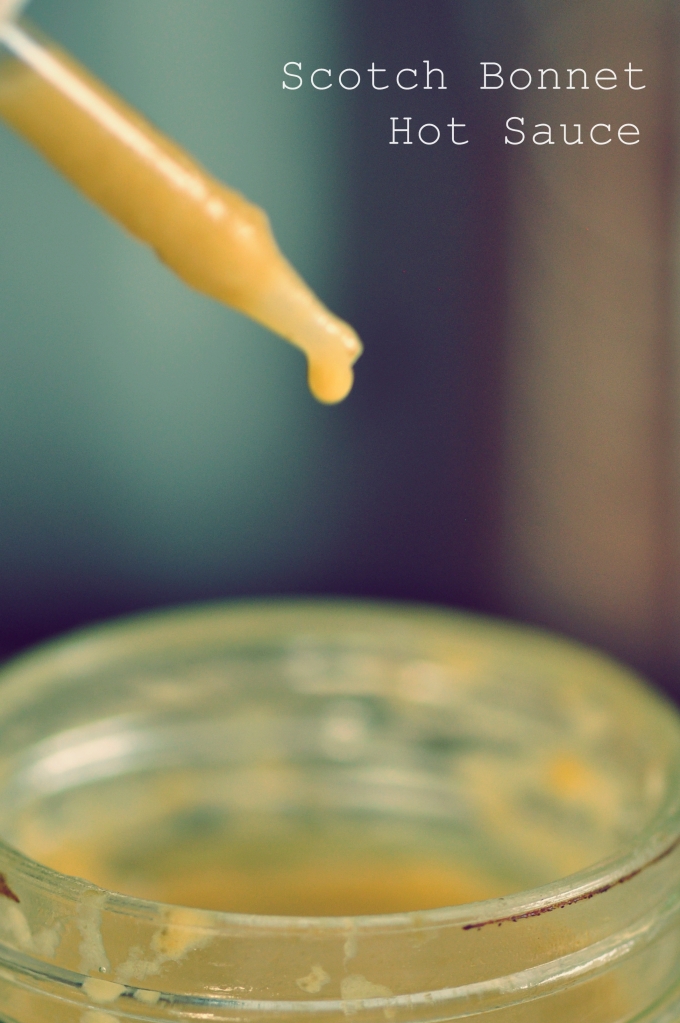 Makes about 2 cups of hot sauce

Heat oil in a large pot over medium-high heat. Add onion, garlic, peppers, salt and ginger; cook until soft, about 5 minutes. Pour in water and bring to a boil; reduce heat and simmer for 20-25 minutes until all ingredients are cooked.

Wait until the mixture has significantly cooled down (this will help prevent the oils itching your throat), then blend mixture with an immersion blender or a regular closed-top blender. If using the immersion blender method, read warning above.

Once blended, stir in vinegar and sugar. If there are still some fibres from the peppers, run your hot sauce through cheesecloth or a fine strainer. Store in the fridge in an airtight container and add to soup, stew, curry and more to give your dishes a nice big kick. 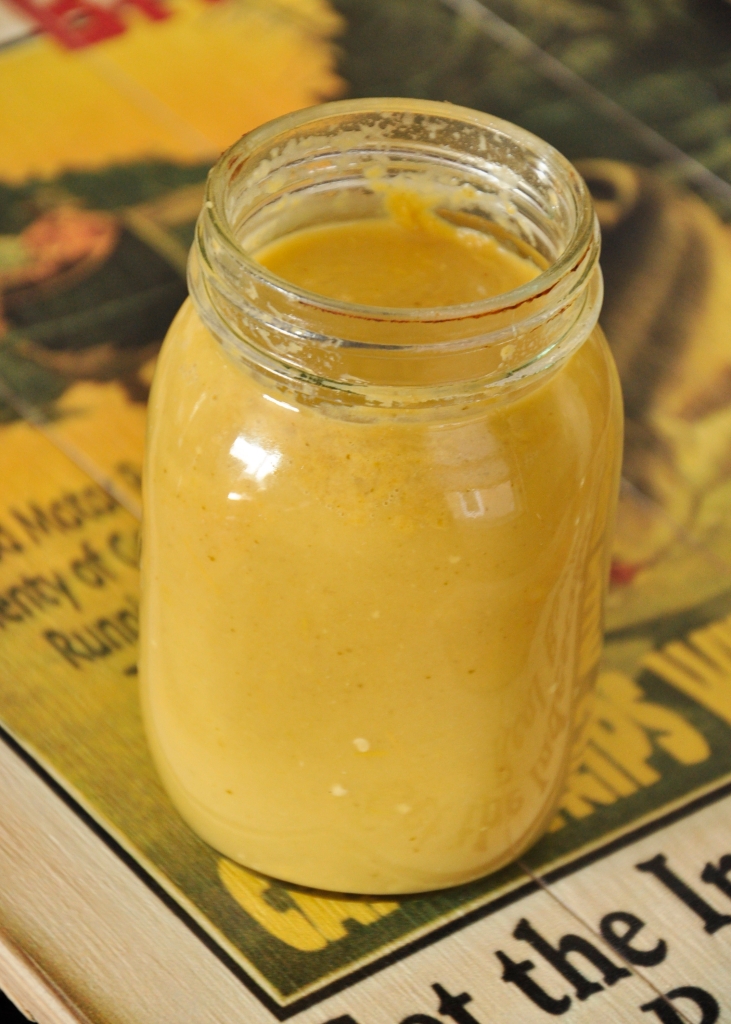