Apple chips are a versatile food in the sense that they can be a little chewy or a little crunchy depending on how you slice them. They can also be thrown into salads, soups, sandwiches and cereals.

I got this recipe from Sally’s Baking Addiction and they turned out really well. The first apple was a little tricky because slicing the apples thin enough to make “chips” can be tedious, but once you get the first couple it goes smoothly.

I mostly ate these on their own but I also tried dipping some in honey or eating them with fresh mint (I have an insane amount in my backyard so I’m throwing it into everything). Also, if you have less of a sweet tooth but are still inclined to try the recipe, you can experiment with different spices to make savory chips.

Slice each of the apple into very thin slices (as seen in photos). The thinner, the crunchier. Line two baking sheets with silicone baking mats or parchment paper, then lay the apple slices out evenly making a single layer. 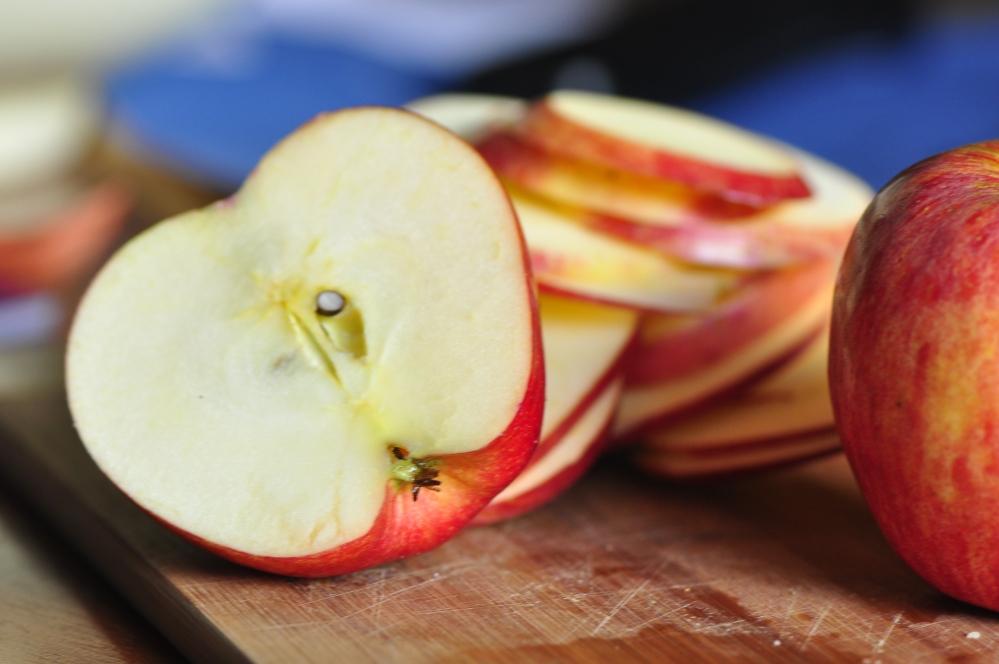 Sprinkle each apple slice with the sugar and cinnamon. Bake in oven for 1 hour; turn apple slices over and allow to bake for 1 more hour and 30 minutes. Shut the oven off and let chips cool for another hour to crisp.

Serve warm or store in an airtight container. 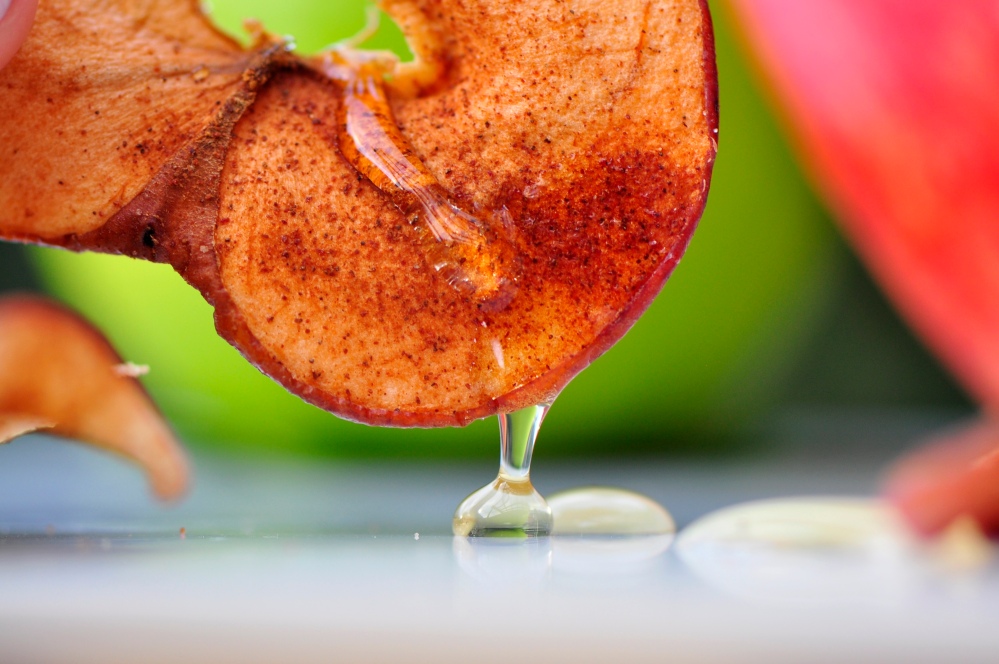