It’s been raining a lot where I live lately, and I happen to also be studying for exams, so the mix of those two things means eating lots of junky food. Snacking is inevitable. With this in mind, I figured I should probably make a healthier munchie so I’m not eating garbage all the time.

Beet chips have done the trick. They’re baked (not fried), a root vegetable and are packed with nutrients that store-bought junk wouldn’t have. It’s also nice to be able to control the amount of salt being put on the chips–sometimes packaged ones are out of hand. Be warned though, making these can be a little messy and stain your fingers for a little bit so don’t wear any clothes you’d be upset to get dirty.

I ate them just on their own, but they would be really good with a little bit of hummus or tahini. If you’re not the biggest fan of rosemary, you could also replace it with basil, oregano or whatever spice you like best.

On a completely unrelated note, I’ve had some time on my hands and have watched a few shows lately that I recommend if you like comedy. The Inbetweeners and Undeclared are two that I became addicted to for a little while.

Sidenote: Because these are baked, they kind of lose some of their redness and are still slightly soft. If you want a sharper, crunchy “chip”, you could try deep-frying. I think I will next time just to see.

In a medium-sized bowl, toss all ingredients well until each beet slice is coated and seasoned. Make sure all beet slices are the same thickness so none burn.

Let sit for 10 minutes to allow flavours to develop, then spread over an ungreased baking sheet evenly. Bake for roughly 35 minutes, stirring every 10 minutes to make sure no pieces burn. Allow to cool and serve as a snack with hummus or by themselves! You can store them in an airtight container for 2-3 days. 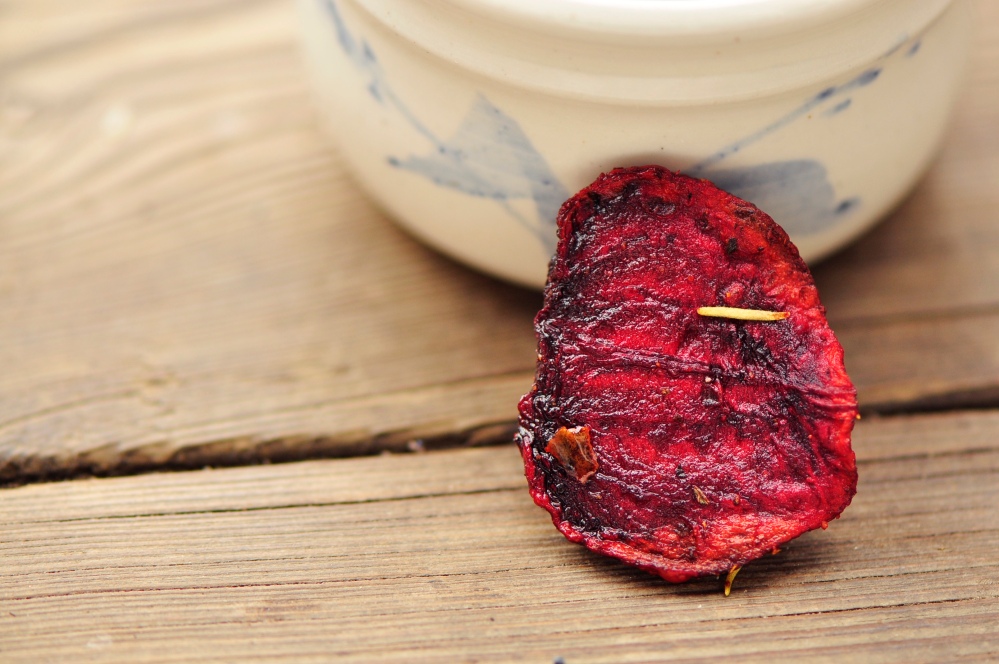