Spaghetti squash is the ultimate gluten-free substitute for any wheat-based pastas.

Unlike regular squash like acorn or butternut where you would just cube it or slice it, spaghetti squash pulls apart into thin edible “threads” which is where it gets its name. It’s easy to roast, doesn’t need lots of seasoning and reheats well if you have leftovers.

This recipe is flexible with what toppings you like; feel free to throw in whatever herbs you want, or even some veggie meatballs. I kept mine simple since it was my first time trying it, but the recipe isn’t limited to what I’ve put it. If you’re vegan, you can sub out the mozzarella and parmesan for nutritional yeast and grated tofu–it will add some protein and still have a bit of that cheesy flavour. 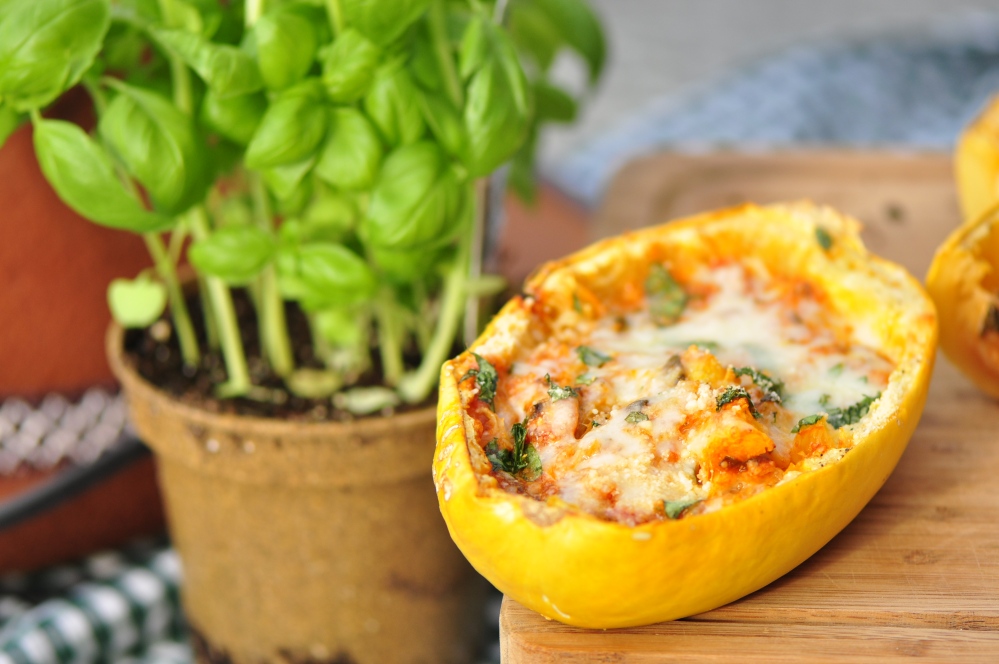 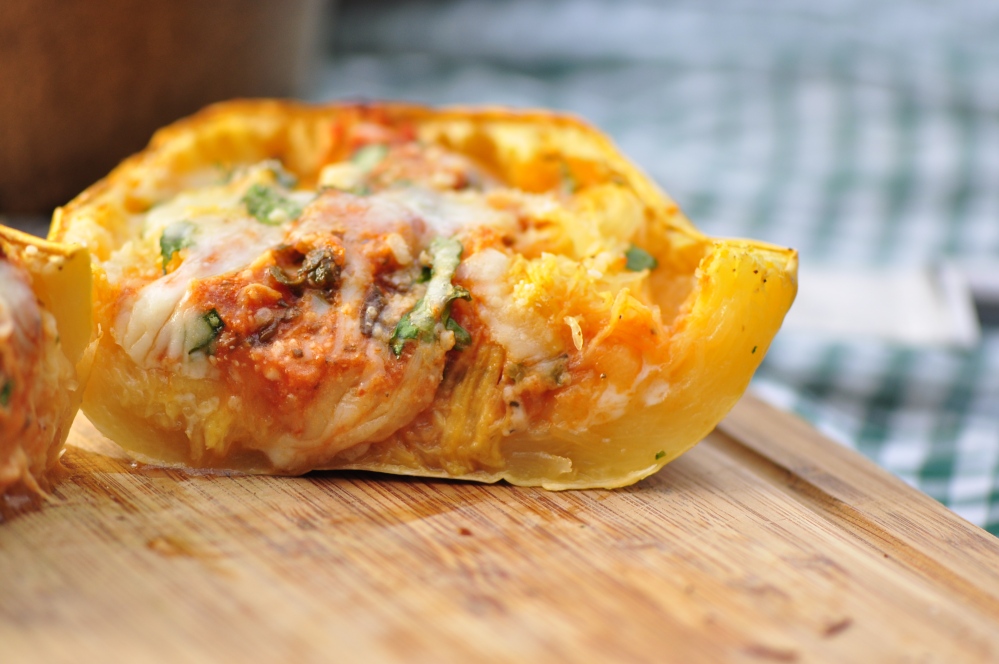 Scoop seeds out of each spaghetti squash half (you can roast these like pumpkin seeds if you want). Drizzle each half with 1 tsp. olive oil, then add salt and pepper to taste. Place both halves cut-side up on a plain baking sheet (so you can see the insides of the squash) and roast in oven for 40 minutes.

Let the spaghetti squash cool for a few minutes, then scrape up insides with a fork to loosen the “threads” of squash. Evenly distribute the sauce and basil into each half, then stir to mix sauce in with the spaghetti squash. Sprinkle the mozzarella and parmesan on top of both, then put back in oven at the same temperature for another 10 minutes until cheese has melted. Serve immediately. 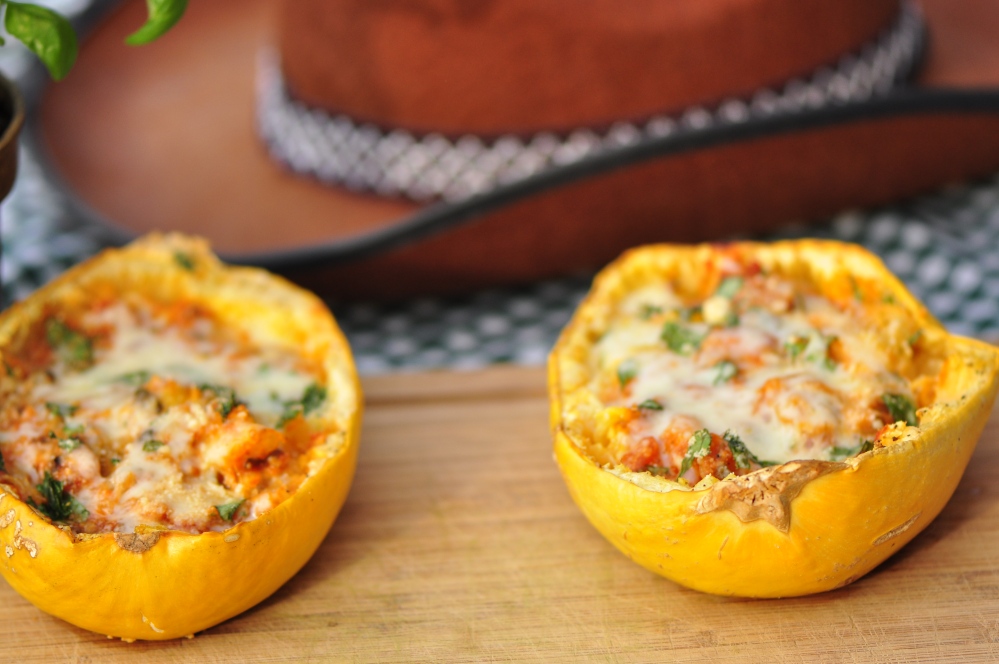 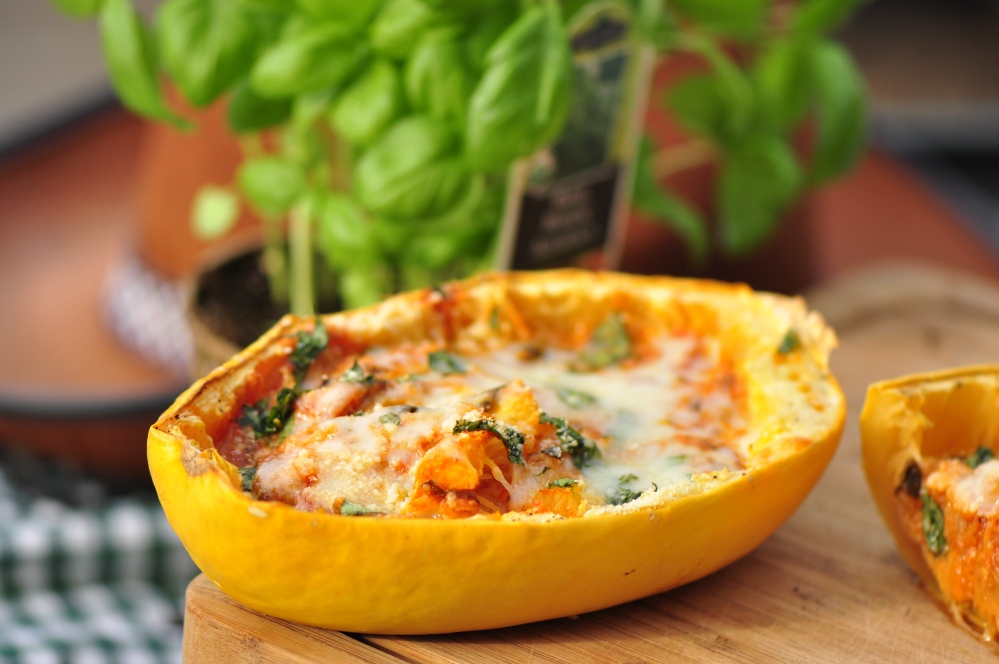 For leftovers: Wait until the squash has cooled completely and place it in an airtight container. Best if consumed within 1 or 2 days of making. To reheat, bake in the oven at 375F for 10-15 minutes until the insides are warm. If you want to take it for lunch you can always discard the outside of the squash and keep the insides in a container.