For anyone who lives in Toronto, you know this winter has been insanely mild. While it’s a bit odd walking around in flats in early March, it also means that I get to bust out all of my warm weather recipes a little bit early this year. Yes, I know it snows in April every year. I’m going to pretend like it doesn’t and move on.

I adapted this recipe from Oh She Glows, and could make it again any day. This is a super easy salad that can be tossed into a sammie or wrap when heading out the door (bring a napkin, just in case) and it’s easily adaptable to what you have in your cupboards and fridge. This recipe was originally made vegan, but since I eat eggs I opted for regular mayo. Another key difference between our recipes is that she smashed her chickpeas at the beginning, and I left mine whole. I think next time I would try smashing them to see the difference in texture, but leaving them whole if you’re in more of a rush.

This is definitely more of a summer-leaning salad, but I made it in mid-February in Canada and it got devoured on the spot. I like to let any dressing with garlic sit so that the flavours can really develop, so once you’re done throwing everything together leave it for about half an hour—it will make it next-level. Ever had day-old soup and think it tastes better than the first day? That’s why. 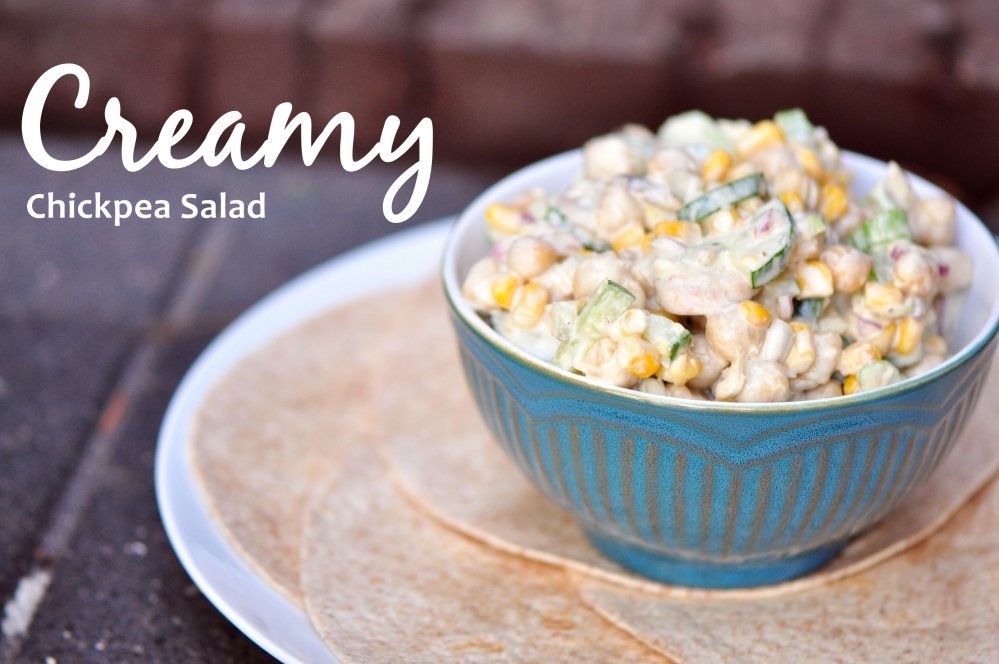 Sidenote: When I say lemon juice, I will never mean that weird stuff that comes in a plastic lemon that you squeeze out. I mean lemon juice.

In a large bowl, mix together all ingredients from chickpeas down to dill pickle. Season the mix lightly with salt.

Next, add in everything from mayo to cumin, then stir until all of the sauces and spices are well mixed. Place your salad in a neutral spot in the kitchen and cover with a tea towel for 30 minutes.

Serve immediately or save in the fridge for a few days. I loved eating this in wrap form, but it’s also filling on its own. 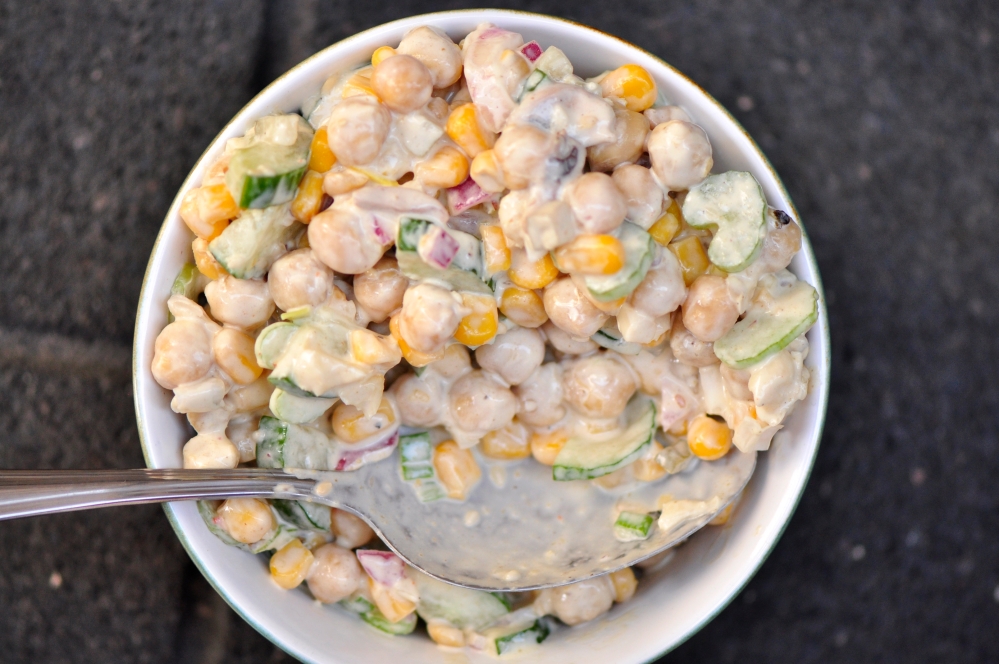