Before doing this recipe, I was looking up substitutions for saffron because of the high cost. Some people recommended turmeric and paprika for colour, but nobody had a solid solution for a replicate flavour. I sucked it up and bought saffron, and while it isn’t the highlighted taste in this dish, it definitely adds a unique element of its own. If you’re looking to go the frugal route, feel free to sub out the saffron, though traditional paella does have it.

I’ve been reaping the benefits of my garden closer to the end of the summer, and finally got a nice small harvest the other day (photo below). I managed to use the tomatoes in the paella, I’m throwing the swiss chard into a recipe for next week, and I’m undecided about the eggplant and zucchini. I’ve got an abundance of those so suggestions are very welcome!

I used my new Circulon Jumbo Cooker and it was perfect for paella. Deep dish, non-stick and easy to load in a ton of veg without worrying about overflow. As a plus, it’s dishwasher safe so the one-pot dish becomes even easier.

I lightly adapted this recipe from The Kitchn. This recipe appealed to me because of the brown rice and my new found love for it. I just changed the cooking instructions a bit when making it so that it could all fit into one pot. 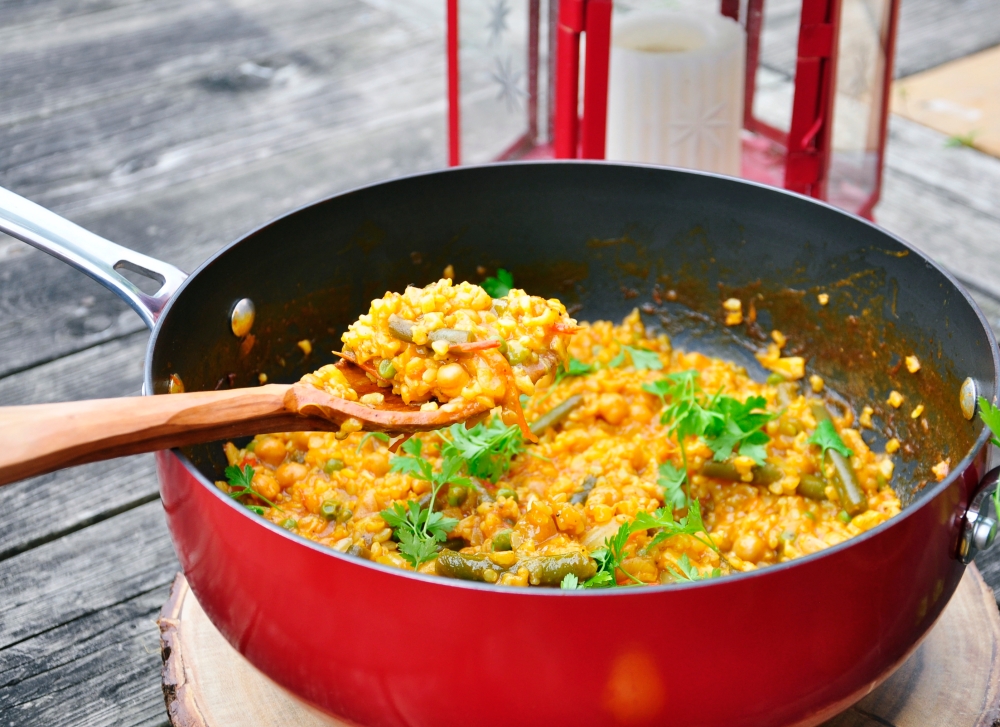 Serves 4 as a main course

Heat the olive oil in a large skillet with plenty of room, and sauté the onions until soft and fragrant. Add the garlic slices and peppers. Cook until soft on medium-low heat, 5-7 minutes. Turn up the heat a notch and mix in the crushed tomatoes, tomato paste, hot paprika, saffron threads, and season generously with salt and black pepper. Let it cook for a few minutes until everything has has a change to lightly simmer and mingle.

Fold in the green beans, artichoke slices, and chickpeas. Next, stir in the rice and vegetable broth. Bring to a boil and allow to heavily simmer for 35 minutes, or until the rice is tender and the liquid has just evaporated. Give it a stir every 10 minutes or so to ensure to rice burns along the bottom. A few minutes before the rice is fully cooked, mix in the peas. Sprinkle parsley evenly on top just before serving, and your paella is ready for the dinner table!

Keep any leftovers stored in an airtight container in the fridge for up to 4 days.

Full disclosure: Circulon offered me their Jumbo Cooker in exchange for a unique recipe post using their product. 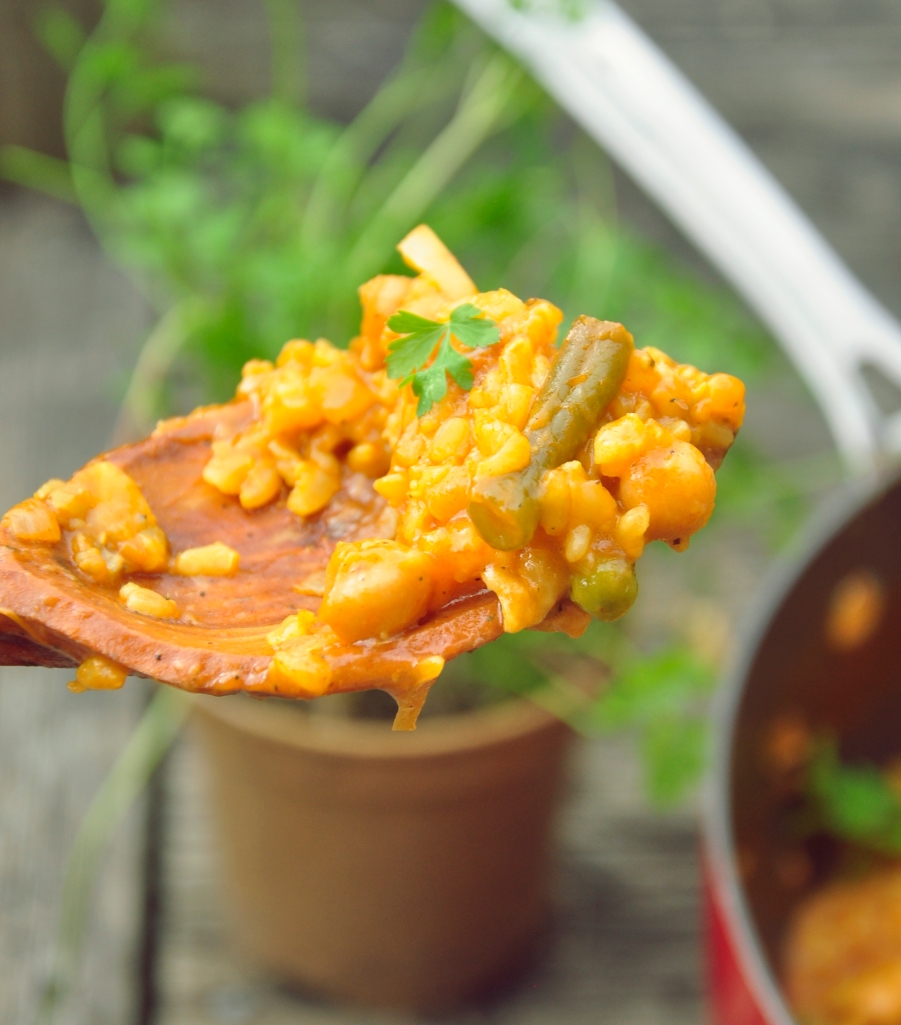