Sometimes the eternally upset redditors get mad at me for calling things by their meat-based names when there’s no actual meat in the ingredient list. I thought about changing the name of this dish to “mockballs” but something doesn’t quite seem appetizing about that, does it. I don’t feel too guilty calling them meatballs, either; they hold their own. There’s a ton of flavour and heat packed into each ball, plus they’re a great source of protein.

If you’re not a big fan of spicy, you can still alter this recipe to make it work. Take out the chili flakes and hot sauce and maybe throw in some fresh chopped herbs or tangy barbecue sauce instead to get a strong flavour going. As long as the texture is there, you’re in the clear.

Also for those of you following my garden updates, I’ve just begun growing cucumber, beans, sunflowers, onions and beets. I’m also experimenting with re-growing from scraps, so if that works (fingers crossed) you’ll be reading about it.

This is an original recipe. 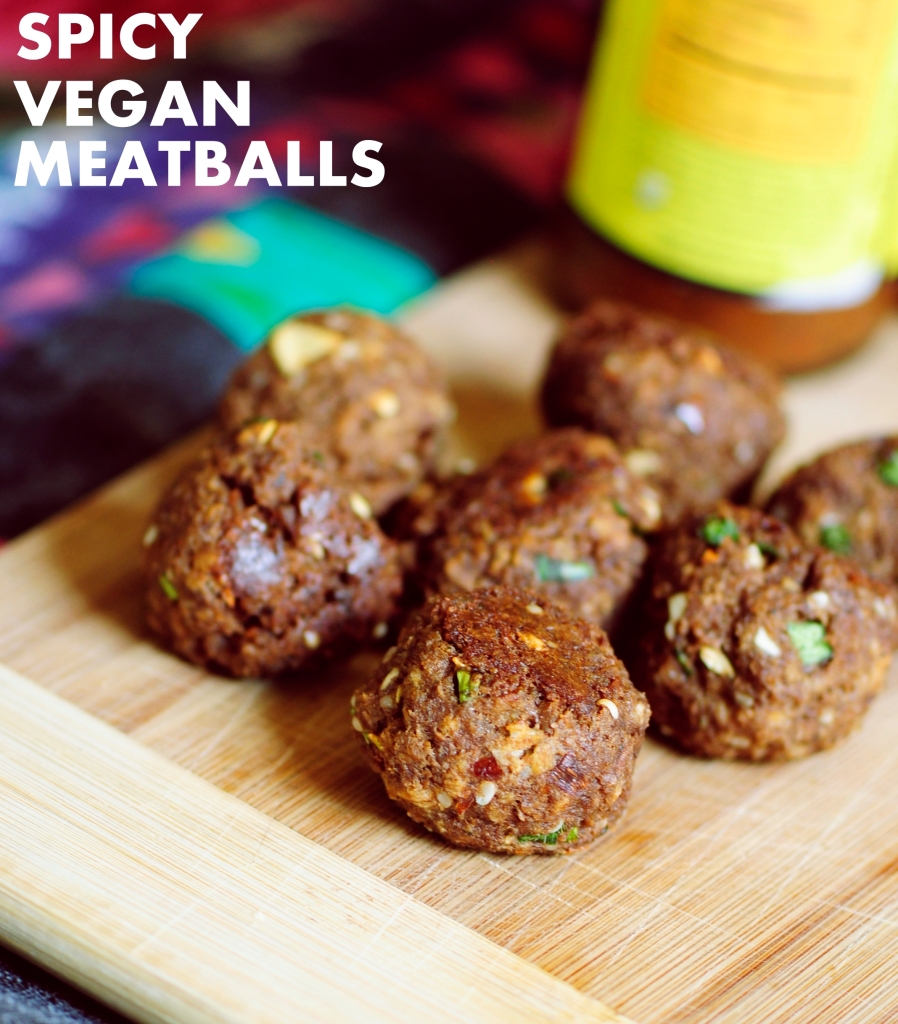 Sidenote: I recently posted an update about some of my writing for the CBC. Here’s a post from Steven and Chris’ Facebook page for you to see!

How about a sweet and spicy grilled treat tonight? Get the recipe for grilled pineapple: http://t.co/ACSERLfRHi pic.twitter.com/nSLoQUzLLF

Preheat oven to 400 degrees F. Lightly grease a baking sheet and set aside.

Mix all ingredients together in large bowl with a fork. Form teaspoon-sized balls, roll until smooth and place on the baking sheet until all the mixture is used up. Brush the tops of each ball with a light coating of vegetable oil to give them a nice brown colour when baking.

Place in the oven and bake for 20 minutes, turning the balls over halfway. The balls don’t have egg in them, so they will be fragile. Not crack-apart-in-your-hands fragile, but still enough that you want to be careful when flipping. I found using a hard, thin metal spatula worked best for turning them over.

Allow to cool for 2 minutes before tossing into pasta, baking onto a pizza or putting into a fat sandwich. If you’re anything like me, half of them will be eaten before they can serve their intended purpose. Enjoy! 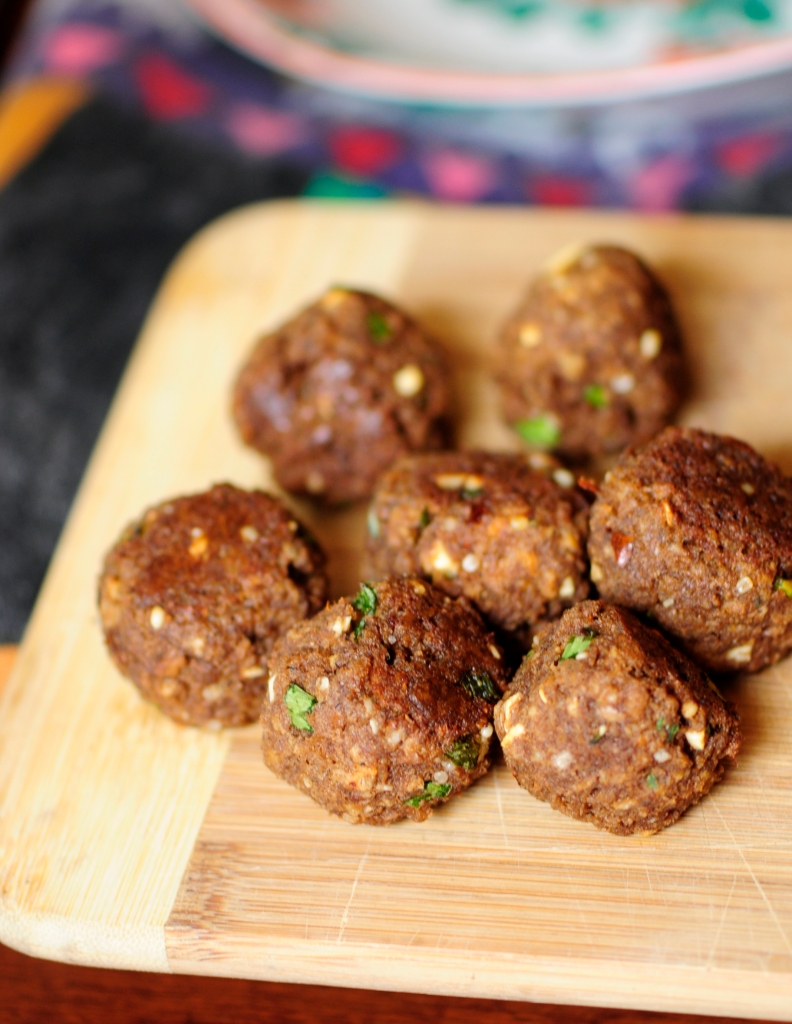