Pumpkin isn’t just for fall. Sure, you may have overdosed on pumpkin spice lattes this year. And sure, it was probably sickening yet amazing. But once you move past the withdrawal, you can get into the real pumpkin flavours of the winter season.

Baking with gluten-free flours is always risky. I was pretty confident in this recipe because pumpkin is very naturally moist which helps keep the mix from crumbling when baking. Also, stuff anything with this cream cheese filling and I won’t complain. I had to stop myself from eating it on it’s own (and failed).

Some of the most important tips of the recipe:

I adapted this recipe from The Girl Who Ate Everything. The main change was the switch from regular to gluten-free flour. For this recipe, I tried out the newer Robin Hood GF mix which I found has a pretty good texture for baking and acts as a nice substitute. You can still definitely taste the difference, but not so much that it would be off-putting. 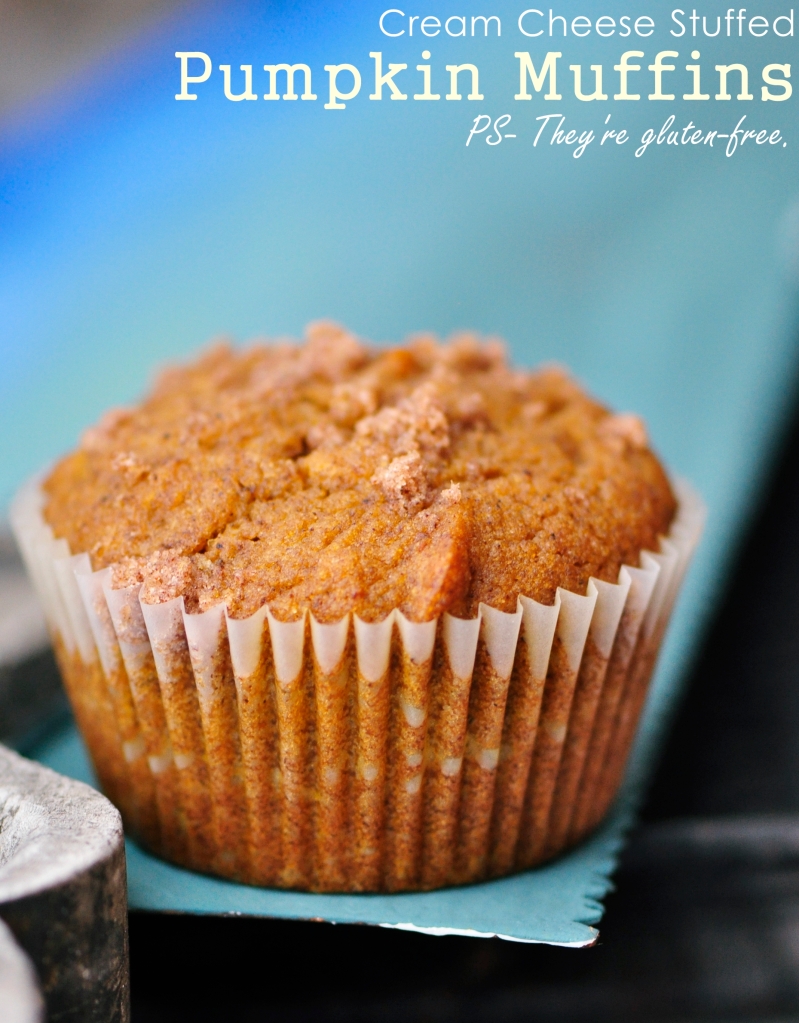 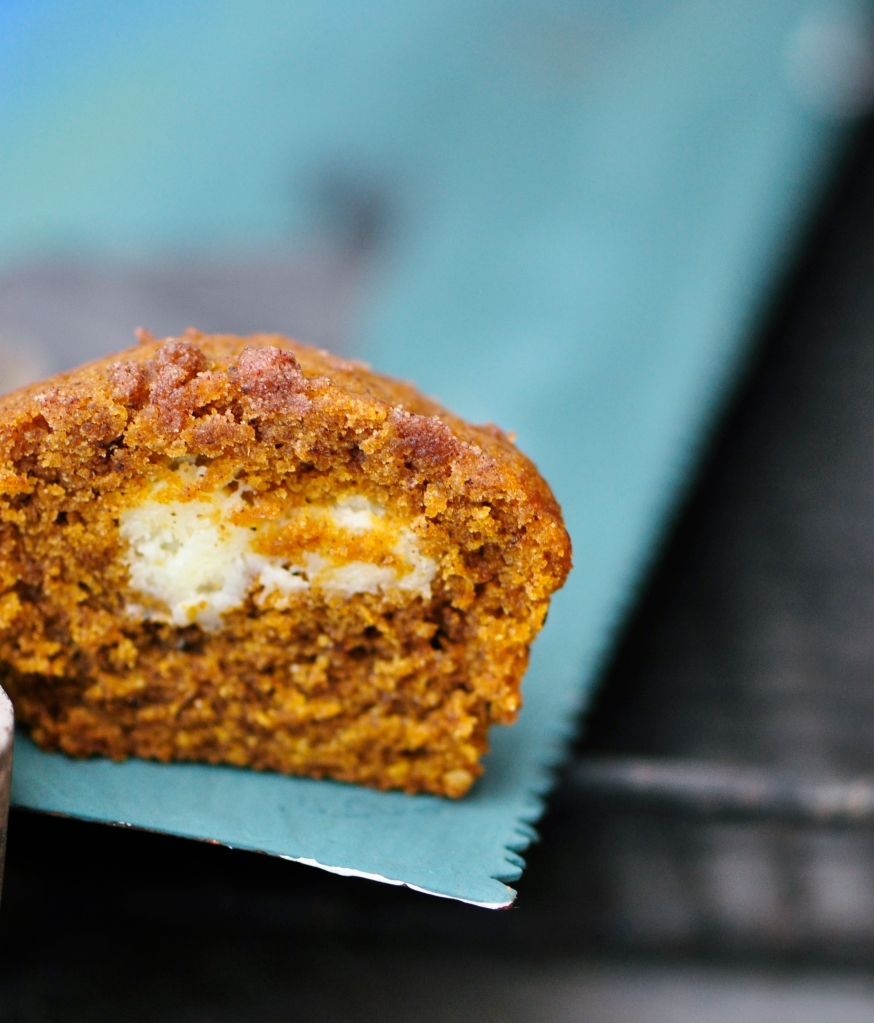 For the filling:
For the muffins:
For the topping:

Mix the cream cheese and powdered sugar in a medium bowl until smooth and no lumps remain. Transfer the mixture to a piece of plastic wrap and shape into a log about 1½-inches in diameter. Smooth the plastic wrap tightly around the log, then put in the freezer and chill until at least slightly firm, about 2 hours. The mixture should be firm enough to cut with a knife.

Preheat the oven to 350 degrees F. Line muffin pans with paper liners. In a medium bowl, combine the flour, cinnamon, nutmeg, cloves, pumpkin pie spice, salt and baking soda; whisk to blend. In the bowl of an stand mixer combine the eggs, sugar, pumpkin puree and oil with the paddle attachment. Mix on medium-low speed until smooth. With the mixer on low speed, add in the dry ingredients, mixing just until incorporated. Do not overmix.

Mix the sugar, flour and cinnamon in a small bowl; whisk to blend. Add in the butter pieces and mix with your hands until it is coarse and crumbly, so that it looks like the texture of wet sand. Transfer to the refrigerator to chill until ready to use.

Bake for 20-25 minutes. Transfer to a wire rack and let cool completely before serving. Store in an airtight container for up to a week. 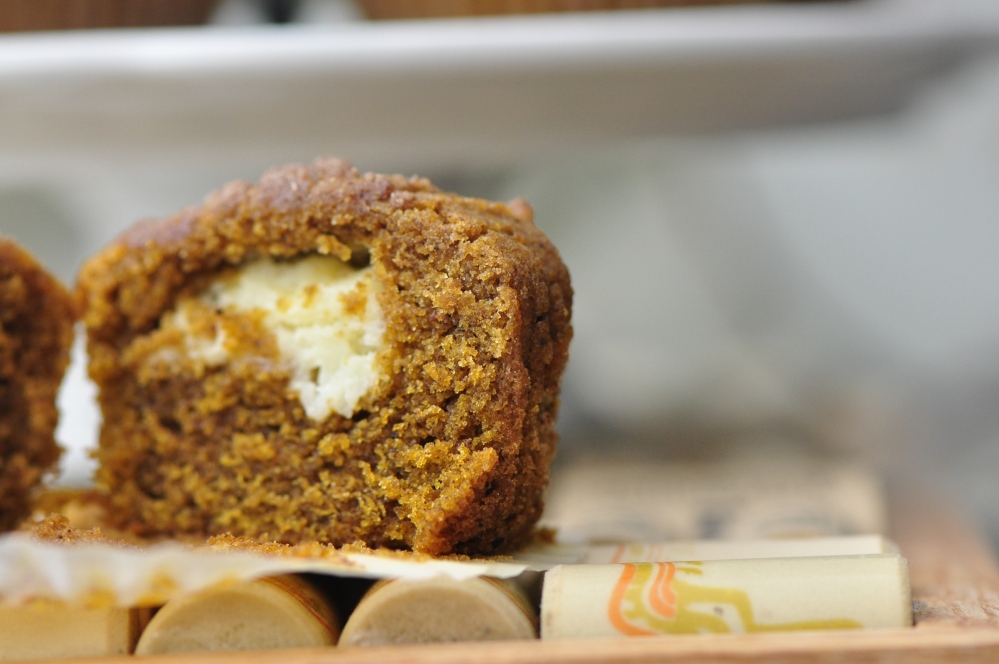