I don’t know how I managed to get this far without having an 8×8 pan, but I finally bought one. I was always adjusting baking times to bread pans or long casserole dishes—the results were…edible? But not as good as this. The most useful $7 spent in a long time, not doubt.

Brownies are easy to make gluten-free because there’s so many options you can use instead of flour. I mean really, it’s melty delicious chocolate in a square. No complaints. I really want to try making black bean brownies as well, but my food processor has been in storage since July (I’m going mental).

I don’t normally like to use microwaves in cooking, but I wasn’t in the mood to make a double-boiler and I just wanted to get it done. C’est la vie. So if you’re more patient than me and want to melt your chocolate in the double boiler instead, it will work just as well if not better.

This recipe uses peanut butter chips as well as peanut butter, because when you drizzle the chips on top it solidifies better. You could use peanut butter if you can’t find chips, but prepare yourself for it to be a bit messier. I used this recipe from Yammie’s Noshery. 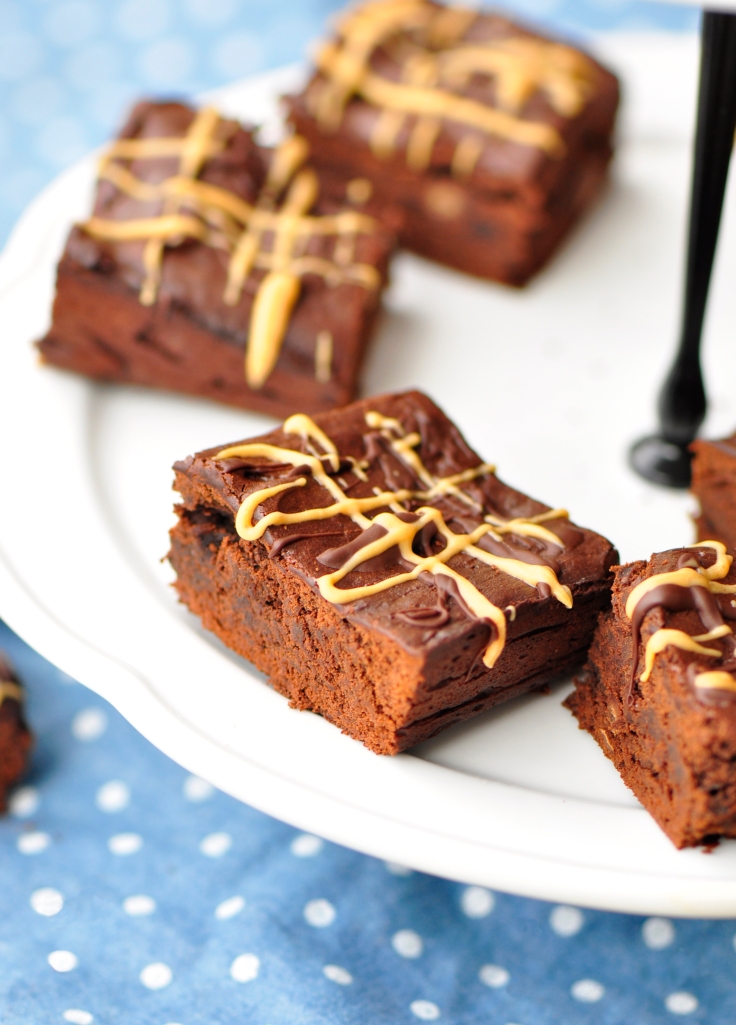 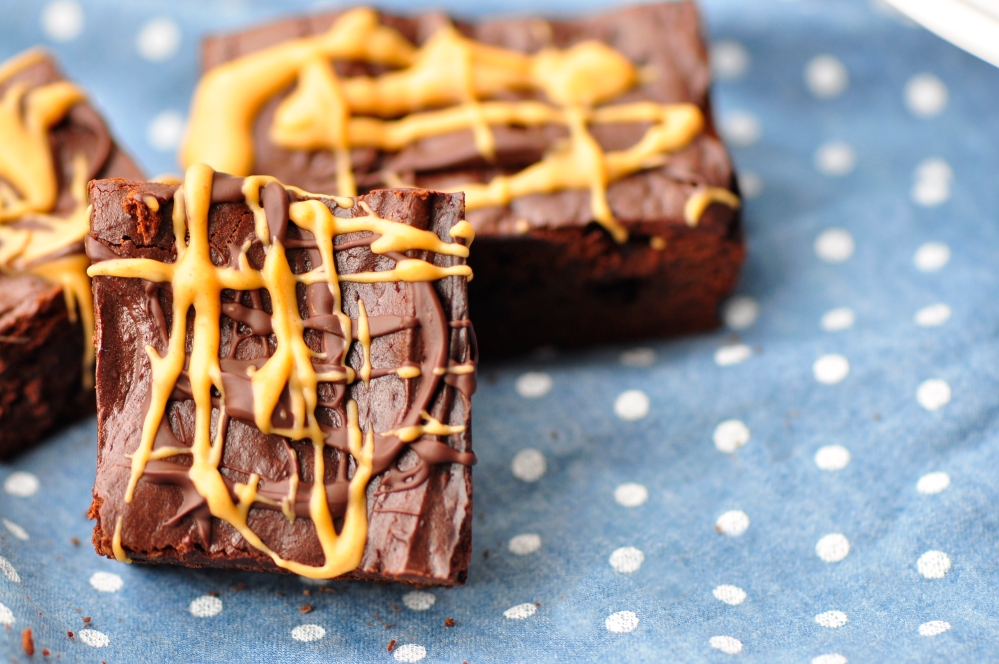 Grease or carefully line a 8×8 pan with parchment paper, then set aside.

Melt the peanut butter and 3/4 cup chocolate chips together in the microwave on a low power, stirring every 25 seconds, until melted and smooth. Be careful not to burn.**You can use a double boiler for this step too.

Allow to cool until the bowl is touchable, then beat in eggs, vanilla and sugar. Using a rubber spatula, add the cocoa powder and salt; stir until smooth.

Stir in the remaining 1/2 cup of chocolate chips, and spread into prepared pan. Bake for about 35 minutes—they may appear to be a little undercooked, but remove them from the oven and allow them to cool anyways. As the brownies cool, they will solidify.

Allow the pan to cool completely before cutting them into equal squares. Lightly drizzle with melted peanut butter and chocolate chips. If the peanut butter chips are too thick to drizzle, add a small amount of the shortening and heat it up for another 10 seconds. This should make it runny and easy to drizzle. 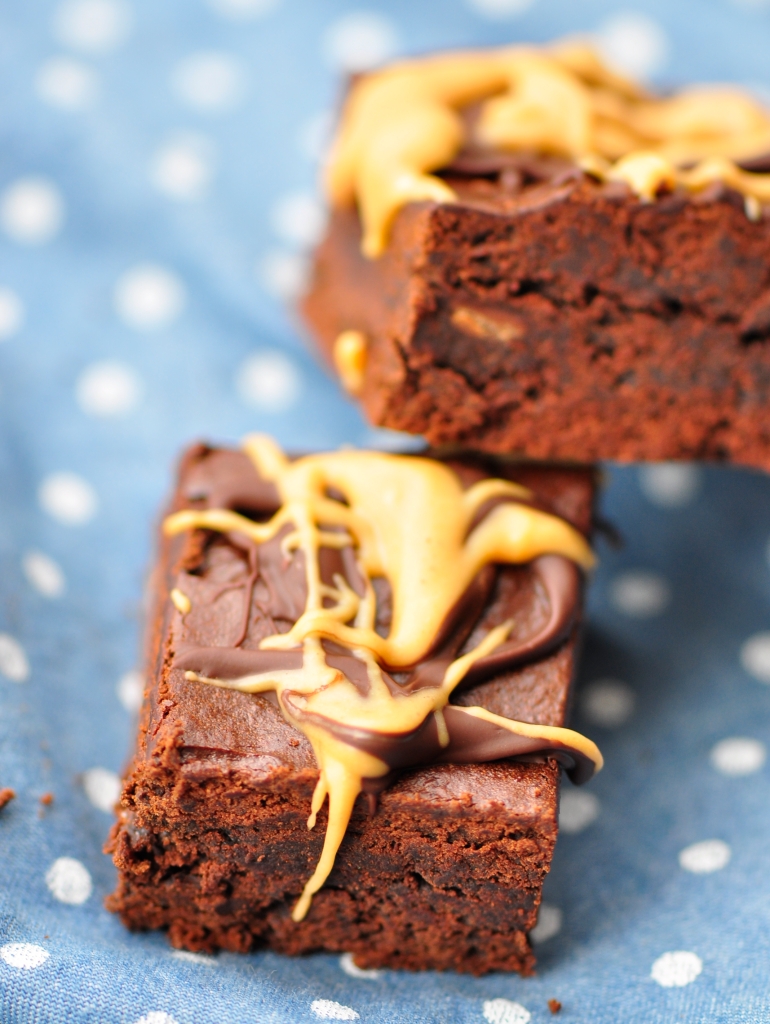 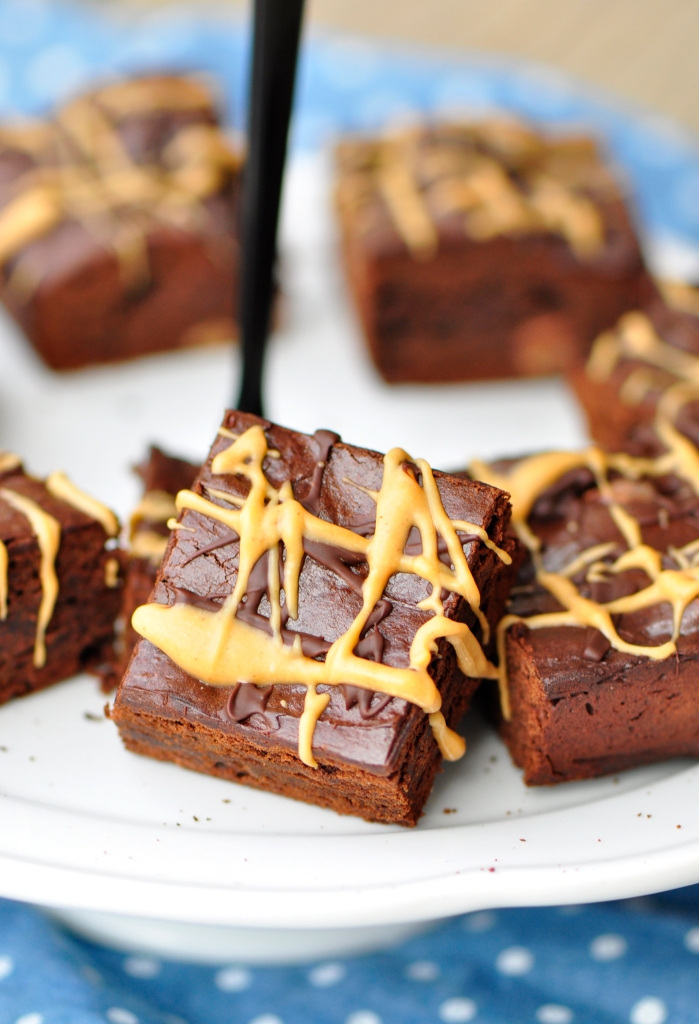